The Breton Stripe - Styled By Sally
Skip to content

It’s a wardrobe classic that has been around for over a decade. Knitted from thick wool to protect fishermen from the wind and weather, the striped Breton shirt became the official uniform of the French Navy in 1858. It was thought that the characteristic bands of colour would make it easier to spot a sailor who had fallen overboard!

Since then, the Breton stripe tee has been sported by fashion designers, movie stars, celebrities and the average woman on the street. Its strength lies within its egalitarianism – Bretons bring an undeniable elegance to its wearer whether that be a Royal or a Rhodes Scholar!

Along with other unisex items that originated in workwear, like jeans and the leather biker jacket, the Breton stripe remains one of the few fashion staples that can look both bourgeois and bohemian, which is part of the reason we love it so much. As Chanel once said, “fashion changes, but style endures,” and that is the crux of the Breton’s success. To this day it’s still a reliable wardrobe staple with its function intact.

To me, the classic stripe exudes sophistication, class and timeless style across all ages groups. Adding a simple stripe to your outfit can instantly “up” your look. Your stripe can be classic black/navy and white, or red and white works well too. You can even have a logo on your stripe for a younger, more casual look.

Stripes are also very flattering on all body types, as long as you keep the stripes narrow. If you’re big busted or carry your weight through the middle, this is especially important. Avoid wide horizontal stripes if your top of body is your widest part.

Stripes however can be the perfect pattern to place on the upper body if this is the smaller half of your body. Narrower up top, small busts and narrow shoulders look great in a Breton stripe. In fact, the wider the better!

And if you have a tummy, a narrow horizontal stripe is the perfect cover up. Thin horizontal stripes create a ‘blurred’ illusion to the eye, meaning they’re a great camouflage for any lumps and bumps in that area.

Stripes are also a great pattern to add to other prints and patterns in your wardrobe. They make for a perfect print clash! Rather than see a Breton stripe as just a complicated pattern in the wardrobe, view it as a neutral just like you would the classic white tee or shirt! Yes, it’s that versatile.

Below I’ve included some inspiration for how to wear the Breton stripe in many ways. I hope you see something you like. To see more styling check out Sally’s video here on YouTube. 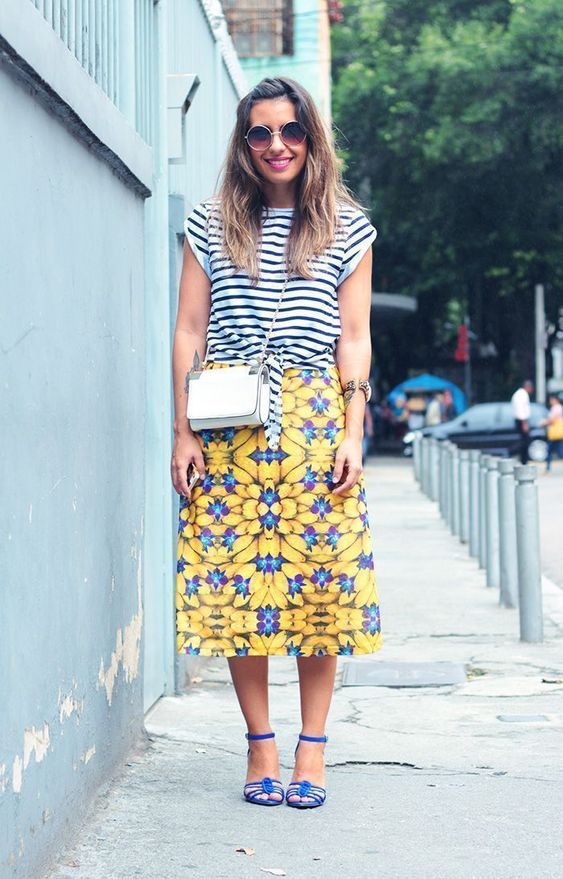 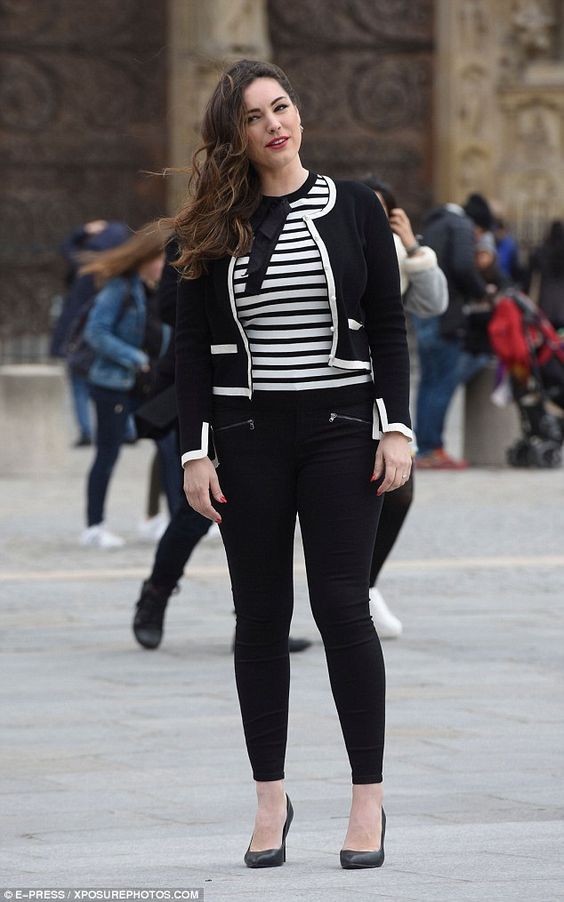 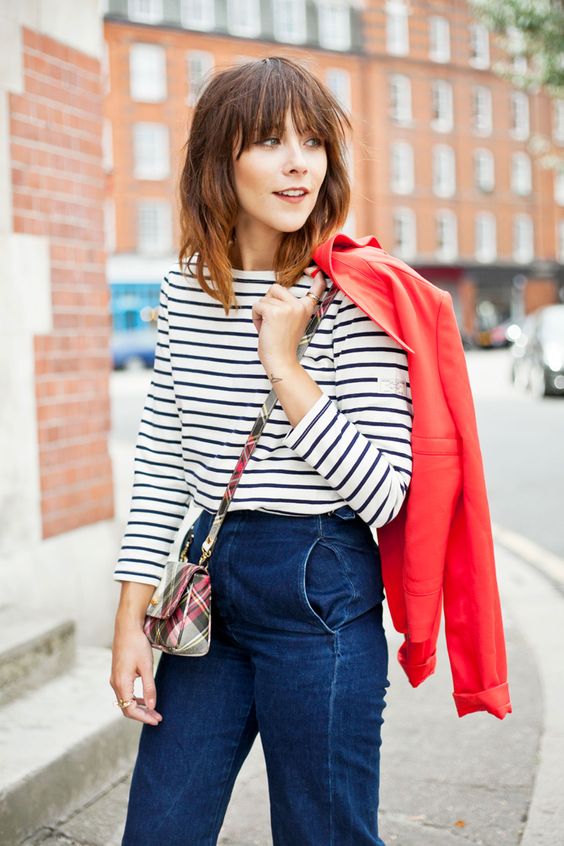 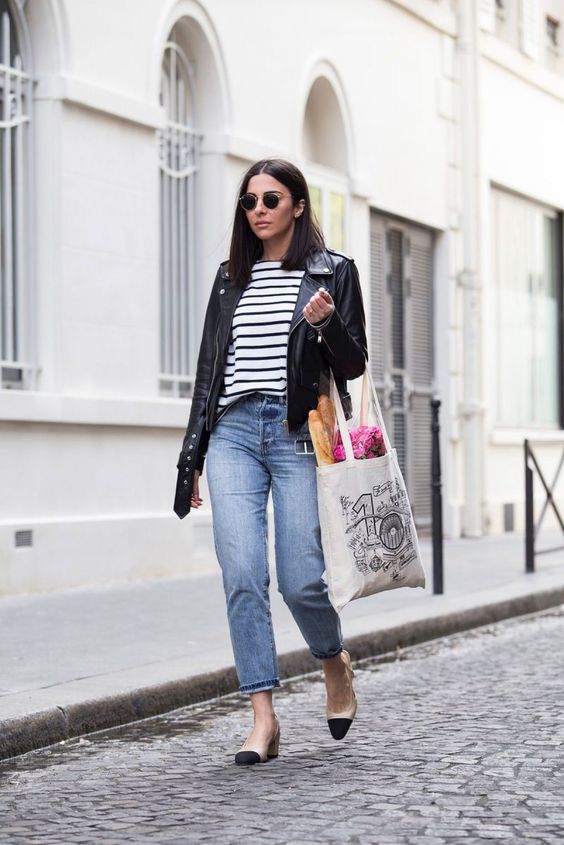 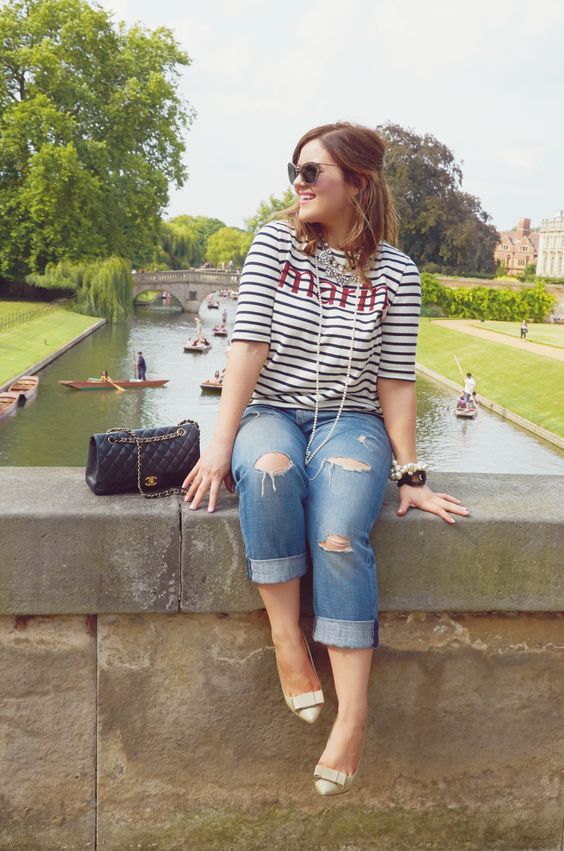 STRIPES WITH A TRENCH 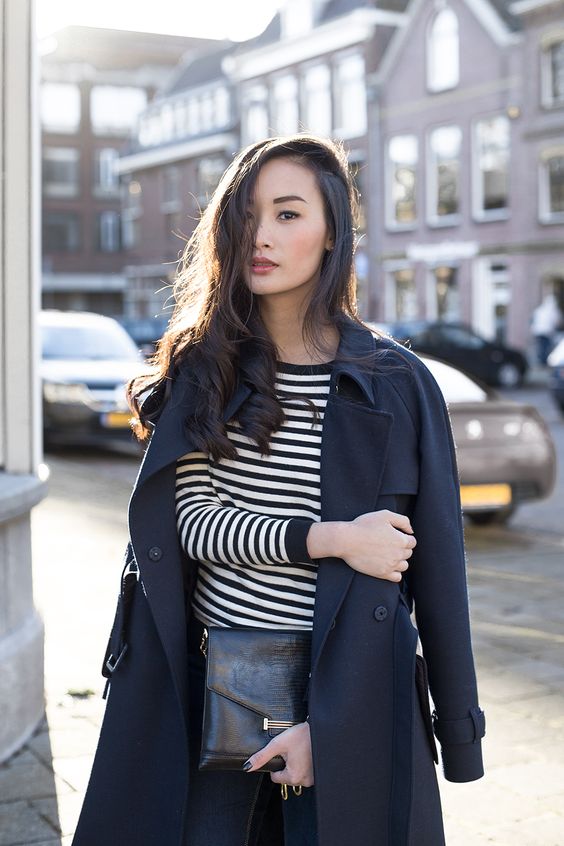 BOAT NECK STRIPE OVER A SHIRT 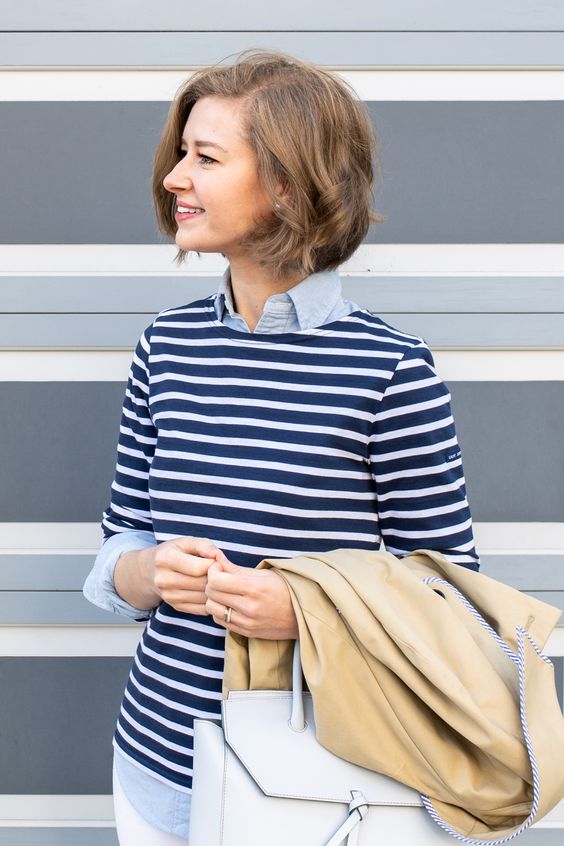 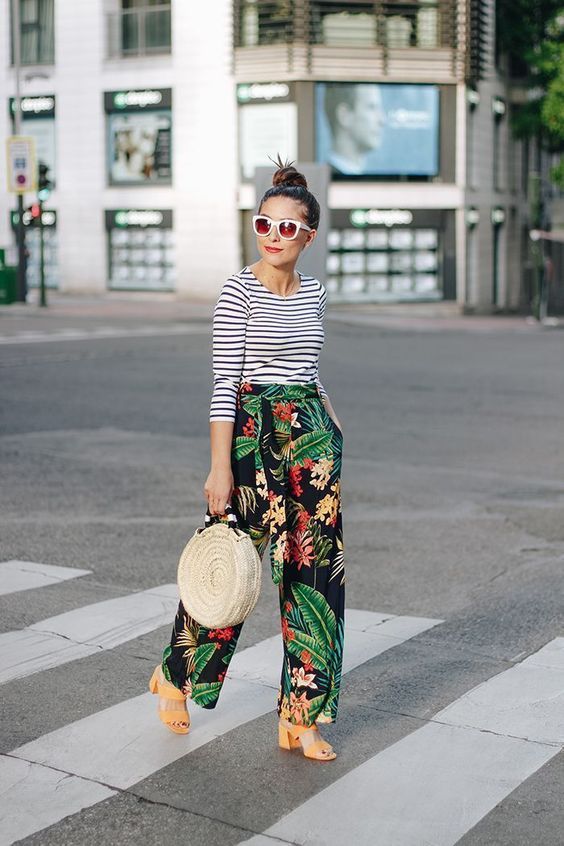 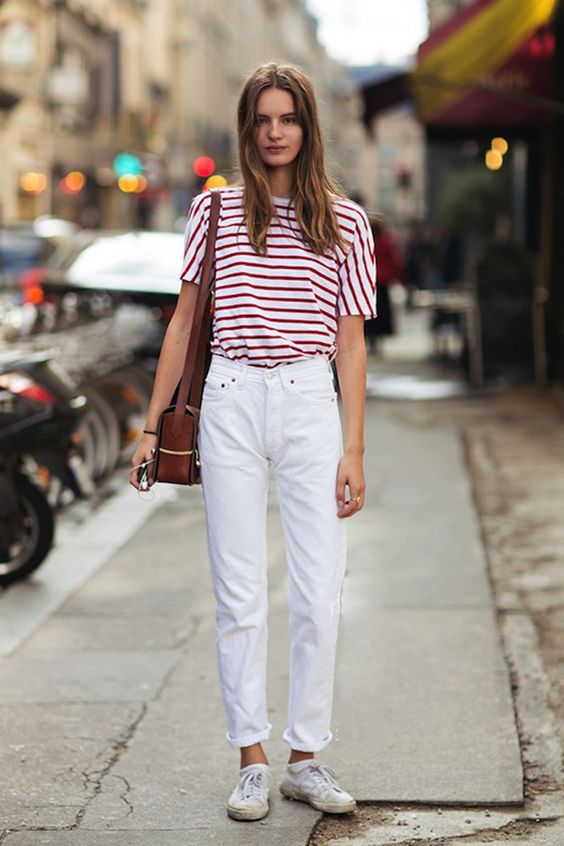 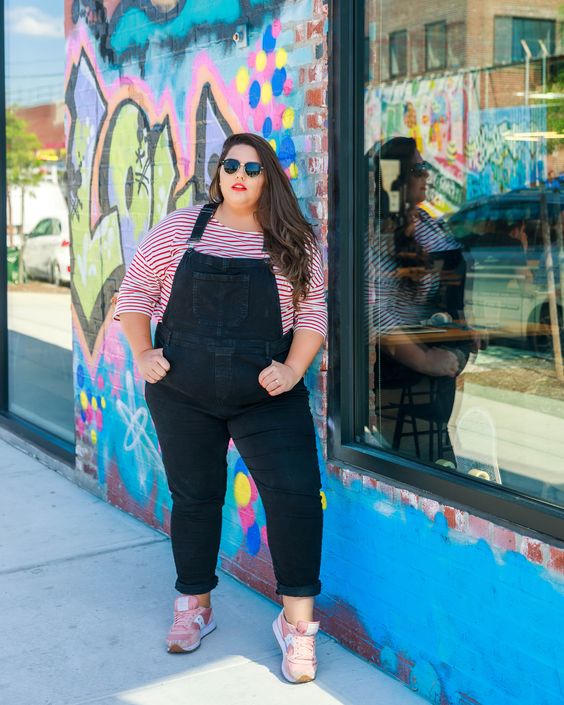 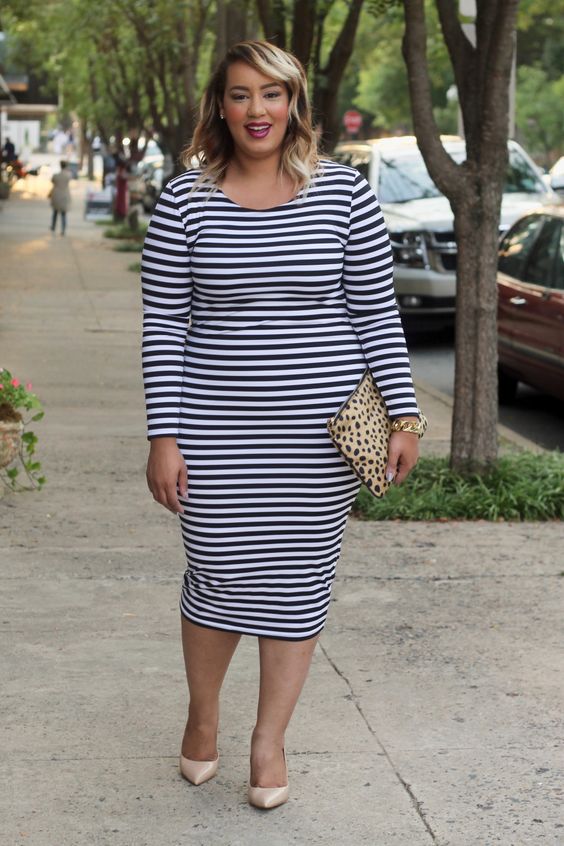