Style around the globe - Styled By Sally
Skip to content

Style around the globe

Whilst it was not quite the globetrotting trip as perhaps suggested by this title, I did manage four cities in just less than 4 weeks and there was certainly enough variety in each place to pass comment. Whilst I also travelled to many country areas, it was the city style that was worth noting.

My first, and latter stop, was Paris. The first thing I noticed about Parisian women was their simplicity- simple accessories, minimal make-up, minimal fuss. Not overly ‘trendy’ but by no means out of the fashion loop. I admired this look- no one looked they were trying too hard- but I think we already know this about French women. Style essentials in Paris were skinny jeans, ballet flats (I love ballet flats but seriously, the French LOVE ballet flats) and/or gladiator sandals (I predicted they would be out next Summer- I guess not), scarves and a simple T or singlet. Simple. Elegant. Sophisticated.

Next stop was Amsterdam. I LOVE Amsterdam. What a pretty city… oh sorry, this is about the style of the people not the city. So the Dutch were a little trendier than their western European neighbours. A little edgier I would say. Lots of faded denim, pale palettes, scarves and more accessorising than the French. Also popular were slouch or harem style jeans. These were fairly common and I have to say a very cool look with sandals and a sloppy T. And I’m not just talking about the ladies here. The Dutch blokes are a fine example of chic dressing. Very few suits- rather a classy but cool mix of tailored pant (even jeans), matching belt and shoes (mostly brown) with shirt tucked in. No ties, no jackets. But the best style on the streets of Amsterdam has to be the bikes. The style of bicycles reflects the style of the city- relaxed, comfortable, unpretentious. And the locals whilst riding them look so ridiculously cool it made me sick, so… I bought one! Those high handlebars which allow you to sit up straight are so incredibly comfortable (anyone tall knows how back-breaking it is to ride a bike too low for you) and I am sure I am going to look just as chic cycling around the streets of Melbourne… with only small exception- I will have to wear a helmet.

Next on the itinerary was Bucharest, Romania. I really wasn’t sure what to expect here as I had never visited the country before. In my mind I imagined… well actually, I really didn’t know. What I came to know however is that there are two styles typical of Romanian women. The first is luxe. Designer bags, shiny accessories, short, tight skirts, immaculate hair and make-up and high, high designer shoes. The rest were actually pretty normal. From what I learned from my fabulous tour guide, is that there is a definite class system happening in current Romania, post Communism (1989). The ‘ nouveau riche’ who drive very fancy cars, live in very fancy apartments or villas and wear very fancy clothes who scream ‘look at me, look at my wealth’. Then there’s everyone else (the majority) who are just like most other Eastern European women growing up and working in a developing nation.

Bucharest splurge: Twix from the minibar

And finally to my favourite city in the world, (after Melbourne) New York. In a city like New York it’s hard to tell who’s local and who’s a tourist (well, apart from bum bags and Birkenstocks). New York is certainly a melting pot of styles and fashion; everything and anything goes. One of the things I noticed very quickly were wedges and espadrilles. I have never been much of a fan of the latter but who knows what I may be willing to try this Spring/Summer. What I observed in the stores (not so much on the street) and did excite me, was khaki. I LOVE khaki but really have not worn much of it for years. I remember back in early 2000’s my entire wardrobe consisted of khaki and chocolate brown- then black and grey took over and hasn’t really left… until now. In all, I purchased 4 pieces in khaki- 7 for All Mankind skinny cargo’s, Michael Kors silk shirt and H&M cotton scarf and basic T. Perhaps I should try the khaki on khaki look ala denim on denim? And as I noted this new colour down in my diary as a prediction for Spring/Summer 2010 little did I know that on my return home I would find the new Country Road catalogue awaiting me.. with all 6 models on the front and back covers wearing khaki. Looks like the secrets out.

One final observation, which only applies to the European cities on my travels, is the colour white. Europeans LOVE white- white pants in particular- jeans, ¬æ pants, shorts but also plenty of dresses and skirts, shirts and tops. Yes white is pretty, fresh, summery and crisp, but it’s also a damn nuisance to keep clean. I’ll be sticking to khaki this Summer. 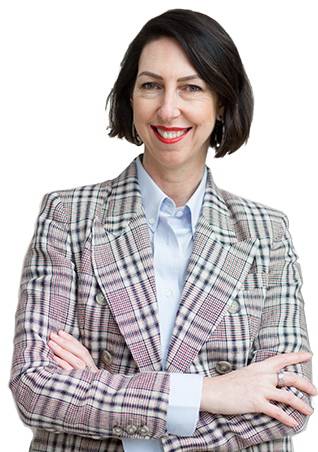